Interview with the Palacio de Viana: "COVID-19 has influenced the digital transformation of museums" 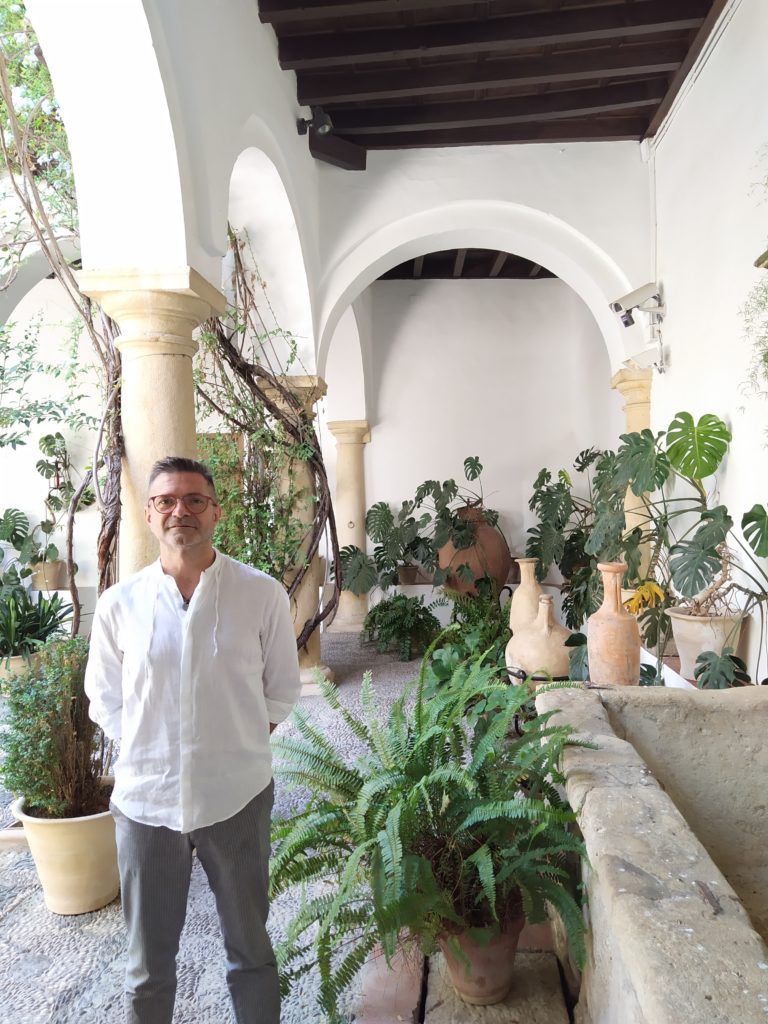 Avelino Cazallo González is the Diffusion Director and Cultural Programmer of the Palacio de Viana (Córdoba), one of the main tourist attractions in Córdoba, declared a National Artistic Historic Monument and Artistic Garden. The singularity conferred by its 12 courtyards makes it known as the Museum of the Courtyards.

We wanted to talk to Avelino about the return to normality of the museum, after being forced to close as a result of the coronavirus health crisis and the declaration of the state of alarm, the adoption of the pertinent mandatory hygienic-sanitary measures and its new IACPOS Ticket Sales system, introducing the advance reservation web system to control its capacity and capacity in the different spaces, as well as control at the point of sale for group assignment and guidance.

How was the outbreak of coronavirus (COVID-19) received by the Palacio de Viana and what measures were taken?

The outbreak of coronavirus in the Palacio de Viana was like a jug of cold water, since on March 13 we decided not to open it to the public anymore and it caught us at the time of maximum influx and greatest splendor of the Palace, since spring was beginning which is the time of greatest flowering of botanical species. However, although the severity of the pandemic was anticipated, at no time did we think that the confinement would last so long.

It was during the development of this one that we faced the reality that was coming. We began to give up our high season, since during the months of March, April and May we receive approximately 40% of the visitors that we have throughout the year.

From the beginning of the closure to the public, the decision made by the Management was to take advantage of this parenthesis to carry out maintenance, restoration and conservation tasks throughout the enclosure specified in the Museological Plan by which the Palacio de Viana is governed and which still could not be addressed.

In the same way, the maintenance of all the botanical species that make up the patios and their sanitation, which had been carried out very discreetly until now to maintain the floral exuberance in them.

The consumption of culture in times of coronavirus has increased. More internet and social networks have been used, more radio and music have been listened to, more newspapers have been read, more books… and even museums have opted for digital exhibitions, live tours, content on Instagram and Facebook. How have you seen the creativity of adaptation of museums and visitors in this period?

It is true that, fortunately, there has been an increase in the consumption of culture through new technologies and this has made it possible to reach a larger audience. But in my opinion, it has been more a work of dissemination or communication of the Culture centers than of directly accessing it, since I think that this is one of the pending subjects on the part of the Culture centers, knowing how to transmit the content cultural; on the part of the visitors, being able to receive it as such and not as mere information about what is in said centers.

I believe that until now, although several institutions have tried, it has not been possible to directly reach the visitor’s soul through technology. In particular, I don’t know anyone and it doesn’t mean that there isn’t, who considers that he has visited the Prado Museum and knows his works without having been physically there, even if he is a faithful follower of the broadcasts they do on Instagram, to put a example.

After confinement, how are visitors receiving the return of the museums?

After confinement, the reopening has been very well received by the local public, who have been the ones who have been able to enjoy the facilities in principle.

The new regulations imposed for the prevention of COVID-19 (use of masks, hand hygiene, social distance) have been respected by visitors, with social distancing being the most difficult thing, which is what has been least internalized, perhaps also because of our idiosyncrasy and way of life.

How have the preparations for the new normality been experienced from a museum? What protection measures are being taken in spaces such as the Palacio de Viana?

The preparations for the new normality have been complicated, especially due to the uncertainty, the lack of specificity in different aspects regarding the regulations on visits to tourist monuments that, as in our case, have different visits: an unattended visit through the 12 patios and the garden, the stables and the institutional area of ​​the Palace, and another visit that is guided on the tour of the upper floor of the Palace where the rooms and the great collections that the family treasured are known.

The latter is not yet being carried out since we are studying how to develop them, offering the maximum guarantees of health security both for the staff who make these guided tours and for visitors interested in discovering the wealth that the Palace treasures.

Regarding the protection measures taken, it is mandatory to access the use of the mask, the disinfection of footwear at the entrance using a virucidal disinfectant mat, hand hygiene, with a hydroalcoholic gel dispenser at the reception and the recommendation and surveillance to maintain social distance, in addition to having established a maximum capacity in each of the patios.

In the case of the Palacio de Viana, IACPOS has also been implemented as a ticket sales and capacity control system. How is it helping you?

Regarding the implementation of IACPOS as a ticket sales and capacity control system, it is of great help when it comes to being able to access

You can find out more about which cookies we are using or switch them off in settings.

This website uses cookies so that we can provide you with the best user experience possible. Cookie information is stored in your browser and performs functions such as recognising you when you return to our website and helping our team to understand which sections of the website you find most interesting and useful.

Strictly Necessary Cookie should be enabled at all times so that we can save your preferences for cookie settings.

If you disable this cookie, we will not be able to save your preferences. This means that every time you visit this website you will need to enable or disable cookies again.

This website uses Google Analytics to collect anonymous information such as the number of visitors to the site, and the most popular pages.

Please enable Strictly Necessary Cookies first so that we can save your preferences!